How do you create pain? – How to get change started

Home » Blog » How do you create pain? – How to get change started 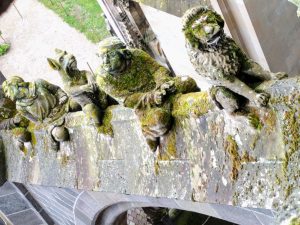 I live in The Netherlands in a small village a couple of kilometers from the city of ‘s-Hertogenbosch. When you grow up in The Netherlands, you most probably will have learned to ride a bike, because it is very convenient to know how to ride a bike here: a flat country with bike lanes everywhere. Additionally, when you live in a small village, it is also very convenient when you know how to drive a car. Most villages only have just a small supermarket and the connection to public transport is simply not that great.

My girlfriend is not from The Netherlands. She joined me quite recently and she quickly realized that it is important to be able to ride a bike to get around, to refresh her driving skills, to learn Dutch, to build up social relations, to get to know your way around: a lot of things she needs to adapt to quickly.

At this moment she just focuses on one thing… refreshing her driving skills. She knows all the things mentioned above are important, but commuting daily via public transport for almost four hours “hurts” the most. Therefore, she gives priority to something that is important and urgent because it pains her the most.

It is the same in organizations. If it doesn’t hurt, you won’t change. 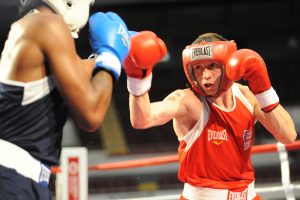 Many of you will have been participating in some kind of transformation program, will have worked as a change agent, or maybe you were involved in some kind of important project. It probably often happened that resources were not available as you would like, or that other people didn’t cooperate as you would like. When you asked management or other team members: is this project important? They all will have said: Yes, very important because… whatever. But if you would have asked does it hurt somewhere because this project is not progressing as expected, they probably would have said: “uh… now… you know… well… uh…”

In his book Leading Change, Kotler describes eight steps for managing change. The first, and one of the most important steps is to create a sense of urgency. He describes nine ways to create an urgency level. The first and most powerful one is to create a crisis by allowing a financial loss, exposing managers to major weaknesses vis-à-vis competitors, or by allowing errors to blow up instead of being corrected at the last minute. The reason this one is so powerful is that it hurts. There is money involved. Now, as one of my friends always says: “Never waste a good crisis”. 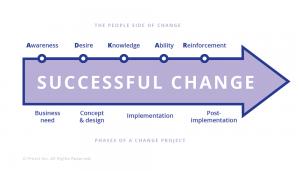 ADKAR is a method created by Prosci. They researched organizational change, and believe that change is a cumulative product of the personal change journeys of each individual within the organization. The first condition, the A, that you need to experience is: Awareness of the need for change. The second condition is D: Desire to participate in and support the change. The desire represents again the pain that you have of the current situation. If there is no desired change, then you won’t change although you are aware you need to change. According to Prosci, if any of these five conditions are weak, the change will stall and fail.

Creating urgency is good, making sure that people realize the project is important is good. However, when people or organizations feel pain because a project is not done, it is one of the best motivators to start change or a project.

How do you create pain to realize a change in your organization?

Do you want to become a real Change Agent? Attend a Lean Change Management workshop. Click here to find the next one.

How we recruit at RES Software

“Respect” is not a team value